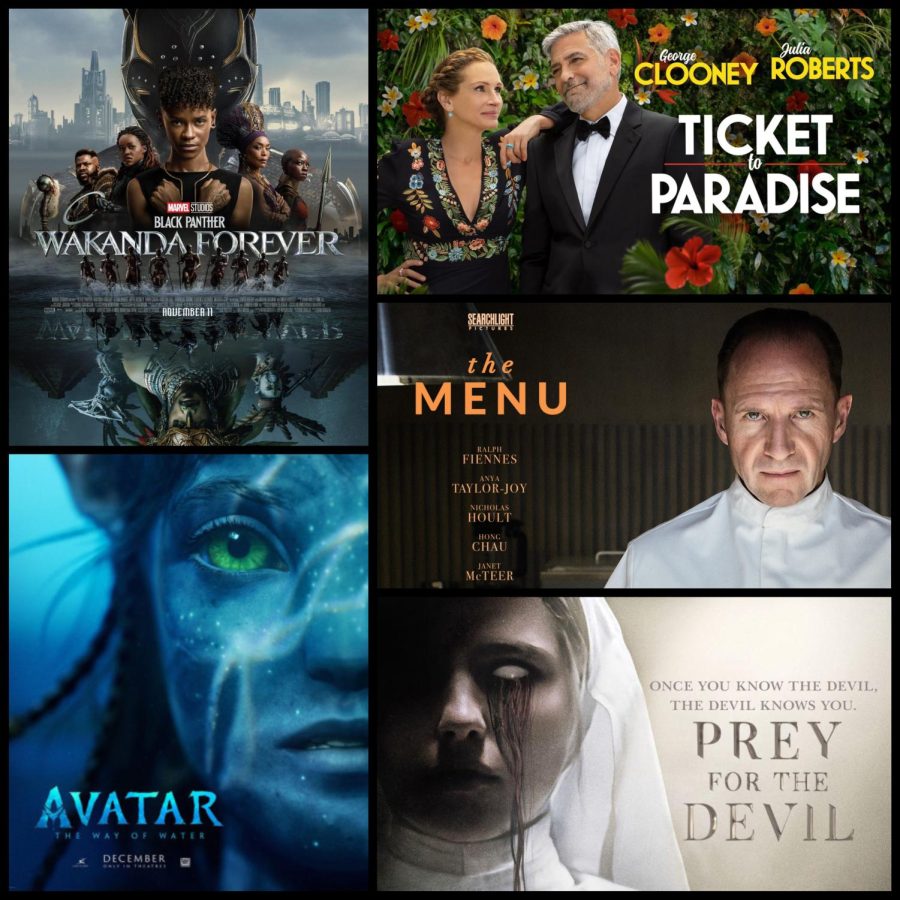 It’s time to sprinkle a bit of pumpkin spice in your popcorn because the 2022 fall season is dropping a list of must-see movies to end the year on!

Avatar: The Way of Water

The first “Avatar” movie, released in 2009, still tops the podium for being the highest-grossing film of all time. Will the sequel break its record? Directed by James Cameron, “Avatar: The Way of Water” is proving to make a splash with just the trailer. Its use of underwater technology is why the sequel has been a literal decade in the making. Be ready to get swept up in the enchanting world of Pandora!

This well-balanced comedy horror movie, directed by executive producer Mark Mylod, is set to be starring Anya Taylor-Joy, Ralph Fiennes, and Nicholas Hoult. “The Menu” takes place on a remote island where a young couple dine at an exclusive restaurant and are presented with an extravagant tasting menu, only to discover something more sinister lies behind kitchen doors.

Wakanda, a fictional country in East Africa, is welcoming audiences back into its mythical world. Home to the superhero Black Panther (Chadwick Boseman), the sequel was created as both a tribute to the actor and to continue exploring the nation’s new place in the world. The movie is said to be focusing more on the supporting characters such as Okaye (Danai Gurira), Nakia (Lupita Nyong’o) , and CIA agent Everett K. Ross (Martin Freeman).

Prey for the Devil

Soon to be in theaters, “Prey for the Devil” is directed by Daniel Stamm, the same German filmmaker best known for directing “The Last Exorcism” as well as the television series “Scream” and “Fear the Walking Dead”. The movie focuses on Sister Ann, a female exorcist, who helps a girl possessed by a demon–the same demon who tormented her own mother.

Written by Ol’ Parker, the director of “Mama Mia! Here We Go Again,” “Ticket to Paradise” stars Julia Roberts and George Clooney, who play a bickering divorced couple. They reunite to stop their daughter, Lily, from marrying a guy whom she just met, fearing she might make the mistake they did so many years ago.